The U.S. has the worst maternal and fetal death rates in the developed world. We are on par with some third world countries. Obviously, the way we do birth in this country needs to be completely reassessed. To quote The Business of Being Born, "Hospitals are businesses. They want those beds filled and emptied. They don't want women hanging around the labor room."

A normal labor can take many hours, up to even a few days. To move this along, hospitals give women Pitocin, a synthetic form of oxytocin, the chemical that causes contractions. However, Pitocin doesn't preform the same as oxytocin. It can cause the uterus to get overstimulated, contract longer and harder, decreasing oxygyn to the baby and causing fetal distress. At the first sign of distress, the woman is given a c-section. One intervention tends to lead to another, and another, and another. Like a snowball rolling down a hill.

We don't know what the cocktail of chemicals given at birth does in the long term. There isn't a great history of safety when it comes to pregnancy, birth, and pharmaceuticals. In fact, just a few years ago when I was pregnant with my third child and had hyperemesis (extreme nausea and vomiting in pregnancy) I was given Zofran. Now they are saying Zofran causes severe birth defects including heart problems and cleft palate. This is just one example of many.

Ultimately, the medical industry and pharmaceutical companies have a huge stake in making sure birth happens on their terms. Billions of dollars can and are being generated through regulating birth like a system. And it's costing us all thousands. A normal hospital birth can cost upwards of $10,000. A C-section costs three times that. (A homebirth midwife, however, costs about $3,000-$5,000 depending on what area you live in).

Direct entry midwifery is difficult to get into in this country, and difficult to practice for insurance reasons. The medical industry has gone to great lengths to limit access to midwives, recommending against homebirth, calling it dangerous and reckless.

The reality is that a normal, low risk woman has better odds of having a successful outcome by having a birth that is as intervention free as possible. And it's not like homebirth midwives come to your house with nothing but a strap for you to bite on. They bring lifesaving medications and fetal resuscitation equipment.

The best thing I ever did in my life was have a homebirth. Going through that moment of thinking I couldn't do it, and then doing it showed me just how much strength I really have. If I can do that, I can do anything. And that's what we take away from women when we send them to birth in hospitals where choice is all but removed.

Emotional aspects aside, my recovery from my homebirth was easier and faster. I didn't tear, unlike my previous two births where the baby was positioned wrong and I had severe tearing. I followed my instincts and gave birth in a position that facilitated an easy birth, a stark contrast from the hospital where you lay on your back (a terrible position for birth). My midwife was there for my post partum care as well.

The biggest takeaway from all this is that women are not given informed consent about any of this, nor do they have a lot of options. Low income women can't afford a homebirth and insurance doesn't cover it. Birth should not be a "system." It shouldn't be on a hospital's timeline. The system of birth in this country isn't working, just like much of the medical industry it is broken. If women knew more about the realities of childbirth, and had the option of going to a midwife, fewer babies and mothers would die. It's been proven in other countries, and it could be proven here, too.

So, I post about my feelings. A lot. Some of the way I sort through things is by writing about it. I used to blog on livejournal all the time, but I've moved over to other social media sites because I'm more active there.

Every now and then, someone says something to me that gets under my skin. It doesn't happen very often anymore. For the most part I don't put a lot of stock into what strangers on the internet might think of me. I have my little circle of friends whose opinions I do care about, and that's that.

I've seen trolls come and go. I've been trolled so hard it spilled into my real life (someone called CPS on me for funzies). I was around when 4chan and other childfree communities trolled the breastfeeding groups on livejournal (epic!). Now that's some trolling, yo.

I've had numerous people over the years create sock accounts just to friend me for snark fodder. So usually, most of the time, when someone trolls me I'm like whatever. Block, report, delete (in that order).

I'm getting at something, I swear it.

I saw this comment and it got me to thinking.

"...which is why it's probably a bad idea to make yourself vulnerable on the internet: you can't control what anyone tells you. The internet is a diverse bunch of strangers who will have a broad range of reactions to things."

It's true that you can't control what people say to you. Anytime you open yourself up and post about your feels you're taking a risk.

But I'd rather post honestly, from my heart and take the risk than stay silent because someone might be mean to me. Sure, I've cried over the internet (not in a very long time, though). There are plenty of cruel people in the world, especially when they're protected by the anonymity of the internet. But there's also a lot of wonderful people out there.

By posting honestly and letting my vulnerability show, my writing has touched many people over the years, and I've made internet friends (quite a few of whom I've met in person) that I've kept for over a decade now. That alone is worth a few haters.

I may be vulnerable at times, but I'm always strong.

I kept meaning to upload this here.

I trimmed my hair. Well, had it trimmed. The place down the street is cheaper than supercuts! 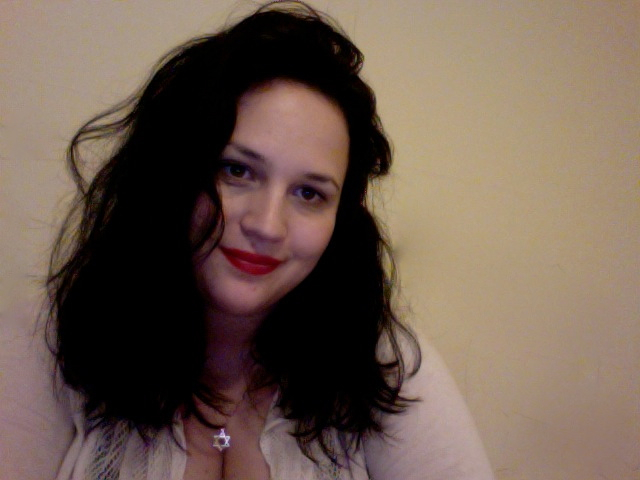 I forgot to upload this. Obviously, taken on the last day of Hanukkah. 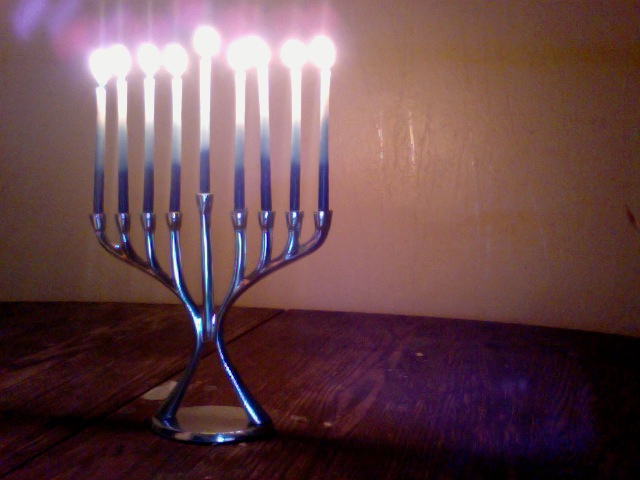 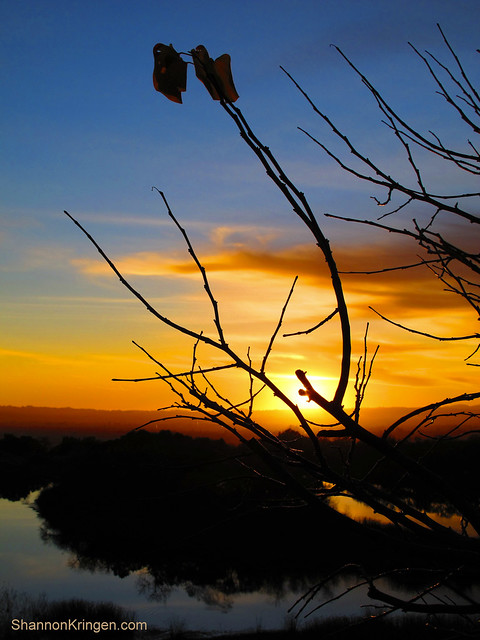 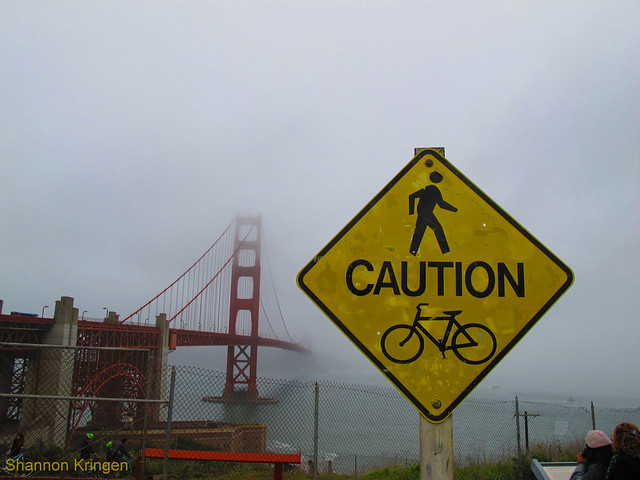 shannonkringen is an amazing artist located in Seattle, WA. Her work is absolutely stunning. AND she's a rockin' political activist, plus an all around wonderful person.

I encourage you all to visit her website at http://www.shannonkringen.com/

Festival of Lights
What do you love about Hanukkah?
Reply 129

What's NOT to love about Hanukkah!?!?!?! Gifts, candles, singing, yummy food? Hello, it's like the funnest holiday EVAH. AND it lasts for 8 days!

It's also based on a miracle. Everyone can use a miracle.

My candles are lit right now. They look beautiful. 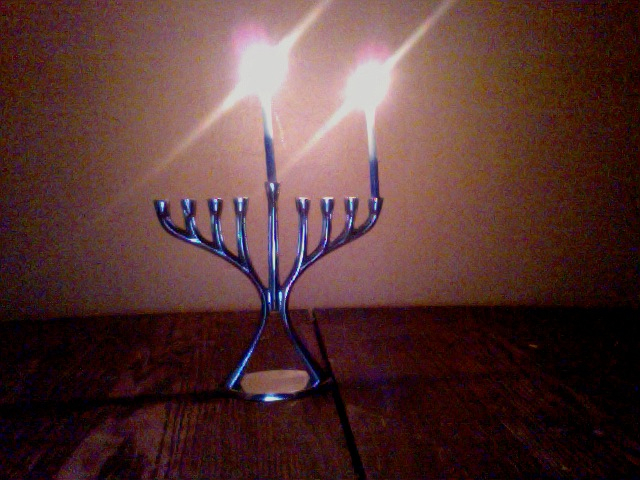 Because of my recent experience, I felt the need to post this, in the hopes that maybe it will help someone else who found themselves caught in The Bell Jar.

If any of you who are reading this find yourself or someone you know considering committing suicide, please, please call this number:

They saved my life.